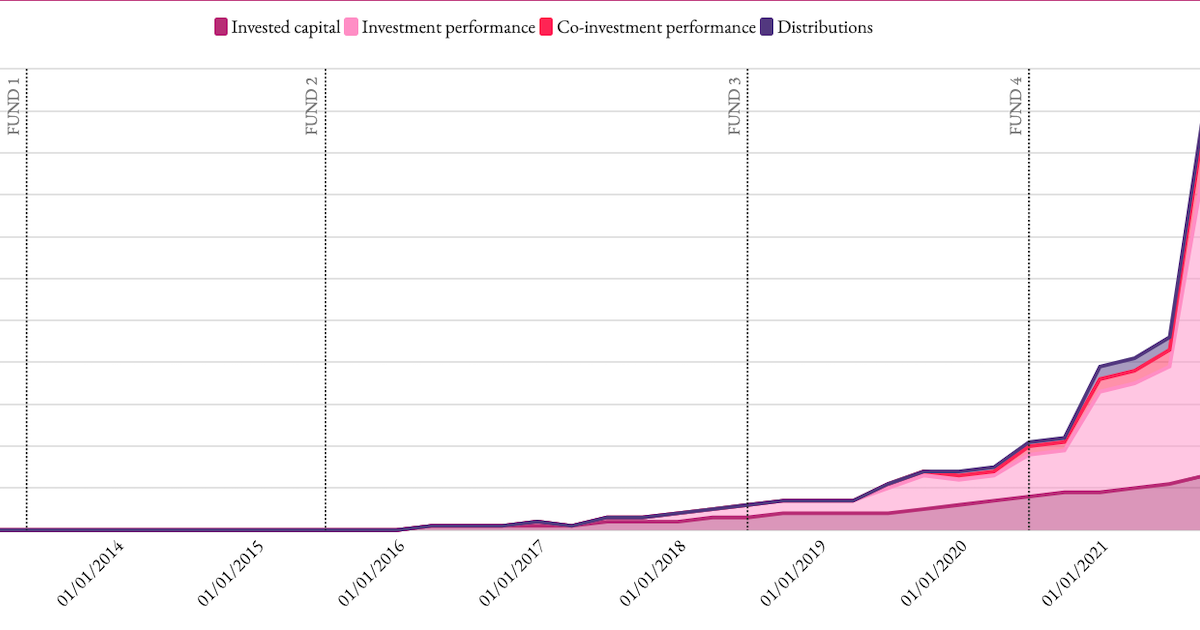 Today, we are publishing the returns of all of Blackbird’s funds as the total value of our investments passes $10 billion and the net IRR of a dollar invested in all of our funds is 81%. You can view the data in more detail on our website here.

At our inception in 2012, it was still a strange idea that you could build generational technology companies outside of Silicon Valley. The first sentence of our first fund’s information memorandum was seen as contrarian:

As we near the end of our first decade at Blackbird, this first sentence has proved a dramatic understatement. Over these ten years there have been at least 100 Aussie startups grow to be worth over $100M and 20 to over $1 billion.

In 2012 the idea of a successful Aussie venture capital firm was also contrarian and our first fund took a long time to raise. That fund went on to invest in the first and follow-on rounds of companies like Canva, Culture Amp, Zoox, SafetyCulture, Propeller and Skedulo.

The amazing founders and teams that we backed from this fund have turned our investors’ first $29M into over $1.3B billion, a net return of 47x. And there’s still lots of growth to come.

Now as we look towards the second decade at Blackbird, we hope to prove that it is also possible to build a generational investment firm outside of Silicon Valley, Wall Street or London. Like the companies we invest in, Blackbird is here to be the best in the world.

For Blackbird to have a chance to be the best in the world, we need to build generational ownership in generational companies.

Generational ownership means backing founders all the way through their journey from when their business is just an idea to many decades after it has become a large publicly listed corporation. It means patiently building large shareholdings in these companies by creatively investing at all points along their journey.

Most of all, generational ownership means investing right at the beginning.

Our 2020 Fund might be 20x bigger than our first fund, but we have relentlessly sought to invest earlier with every fund we’ve raised.

Investing before a company has revenue and a product is a very special place to start building a relationship.

Everyone remembers that high school teacher that had a special unlocking effect on them or the person that took a chance on them early in their career. Investing at the beginning occupies that same place in the hearts and minds of founders.

If Blackbird can build a relationship of trust and belief from that starting point, we have a chance to outcompete any of the famous brands of capital at the later stages when success is obvious and there is fierce competition to invest more into the company.

These two activities - investing before a product exists, and building great relationships - are the foundational pillars of Blackbird. Our success will be wholly determined by doing them time and again for generational companies from Australia and New Zealand in the decades to come.

Blackbird’s portfolio is valued at more than $10B because Blackbird has built great relationships with generational companies.

We first invested $250k in Canva when it was an idea in the heads of Mel, Cliff and Cam. We have invested $270M since, and hope to invest even more than that in the future.

We have invested in every round of financing and creatively built ownership outside rounds, directly negotiating secondaries with other shareholders and leading employee tender offers.

Across our funds, Blackbird owns almost 15% of Canva, more than triple the next investor shareholder and Rick is one of four board members of the company.

We are similarly the largest investor shareholders in prospective generational companies like Culture Amp, Propeller, Dovetail, Baraja and Eucalyptus, despite starting with a small fund size in the beginning.

As we think about the future of Blackbird as a generational investment firm, we find ourselves thinking more and more about system-wide impact. To have a system-wide impact, we need to create products and programs that can help thousands of startups each year get started and then to help them build their teams with tens of thousands of employees.

We’ve started on it already.

In 2021, more than 500 founders participated in our community-powered Giants program, many leading to investments by Blackbird and Startmate.

The Startmate accelerator program itself has invested in hundreds of startups and helped thousands more.

We are obsessed with the idea of encouraging tens of thousands of Australians and Kiwis to take the leap into the world of startups each year.

Living up to our ownership

Startups are the people they hire and nearly every dollar of capital a startup raises goes to building that team.

This means the single greatest leverage point to help startups in a system-wide way is to help them build their team; to help Australian and New Zealand startups find tens of thousands of people per year.

The Startmate Fellowship is beginning to live up to that aspiration helping 340 women find roles at startups in the past year or so. It’s just a start but it’s already making a dent on the diversity challenges we have in our startups’ teams. Over the next few years we hope to help thousands more people find their way into startups.

As we close our first decade at Blackbird and look ahead to the next, it’s worth reflecting on the incredible community that has grown in Australia and New Zealand over the past ten years. From the founders who have built world-changing companies, to the 861,000 people working in the Australian tech industry, there is magic happening everywhere.

At Blackbird, our team is now 54 people and we will likely pass a hundred by the end of next year. I hope you will consider joining us in building a generational owner of the generational companies.

- Niki, on behalf of Blackbird. 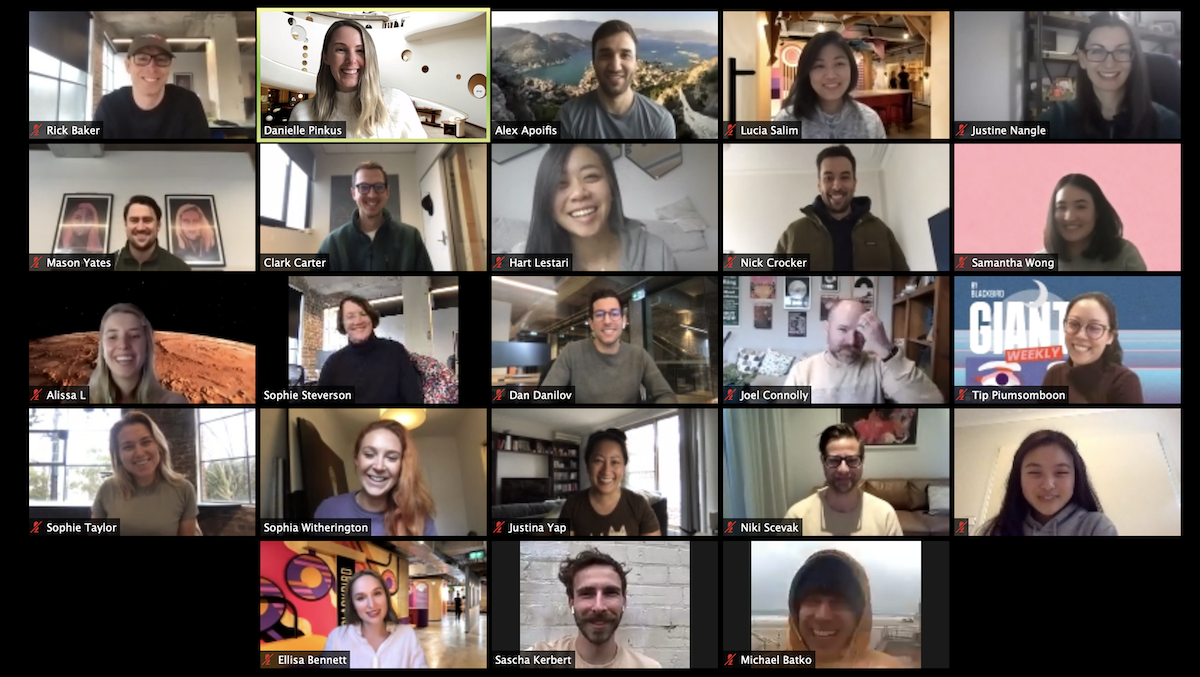 Blackbird is hiring a Fund Accountant

Blackbird is hiring a Fund Accountant 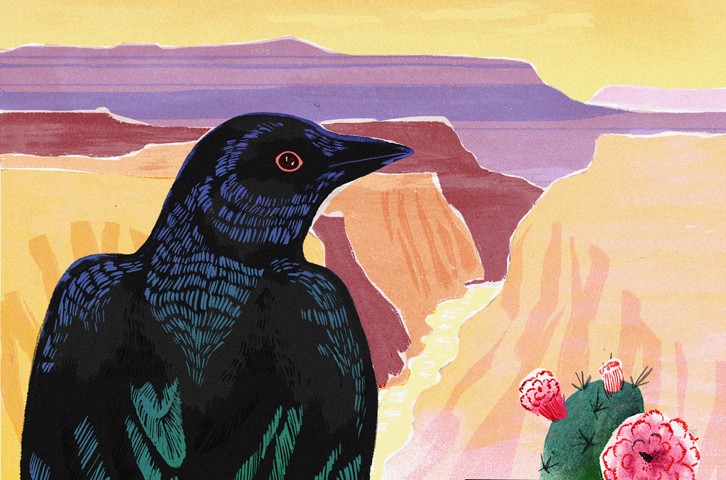 Blackbird's master plan for the future has four key steps.

Blackbird's master plan for the future has four key steps.