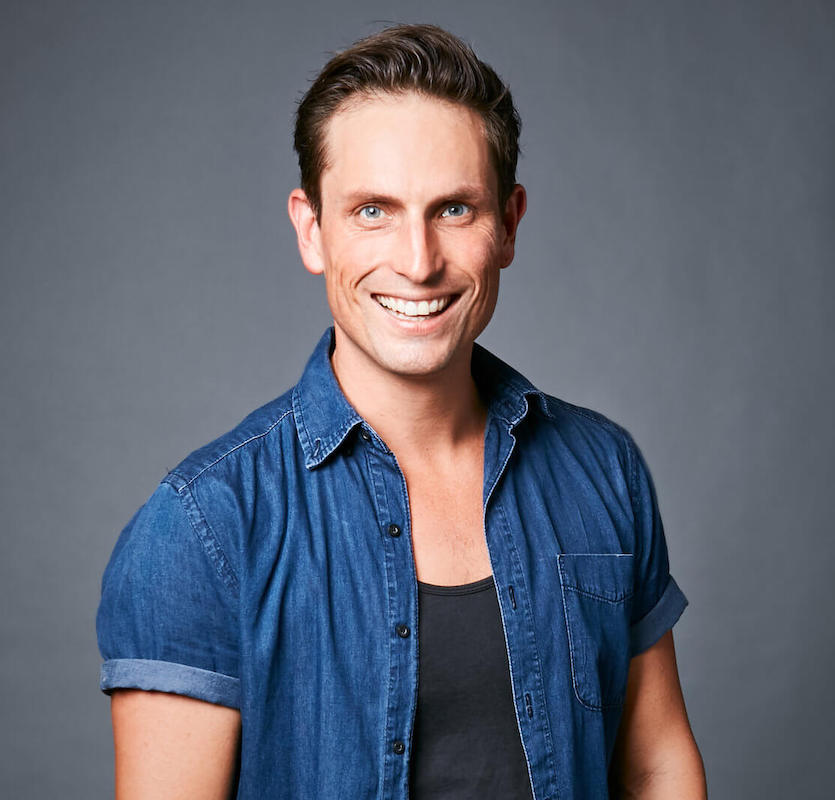 In recent times cam has featured as a guest host on MMM Sydney over various time slots, he was co- host the very successful Unreal Estate alongside Kate Langbroek on Ch 9Receiving a 4.5 star review of his Comedy Solo - Almost Bulletproof, backing up a highly coveted 5 star review of Show 100 Percenterd. His show’s have garnered sold out national Comedy Festival shows, nominations for best comedy show at Perth Fringe two years running, and performed an encore at the Sydney Comedy Store also selling out.

Cam featured at The Televised Montreal Just for Laughs Festival at the Sydney Opera House as well as the Televised Sydney Comedy Festival Gala on the Comedy Channel, Perth Comedy Festival Gala and appeared as a cast member on ABC TV’s Back Seat Drivers being. He featured on the smash hit ‘Soul Mates’ 2015 and 2016 series. Cam was also cast in the ABC series - How Not to Behave, Wham Bam Thank You Ma’am and regularly appears on the Today show, he also co-hosts Studio 10 on Channel 10.

Prior to all this you might remember him from his time on Foxtel where he hosted a variety of television shows over his 5 year tenure, including We'll Call You, Hit and Run season 2, Thank Comedy Its Friday, Cam & Charlies Guide to the Comedy Festival, Australia's Next Top Model, Chain Reaction and Stand Up Australia as well as regular appearances on W Channel, Ch V and Fox 8.  All of this work scored him a nomination for Best Male Presenter at the ASTRA Awards.

He has lapped the country with huge theatre shows, comedy clubs, comedy and fringe festivals, corporate comedy and music festival performances such as Splendour in the Grass and Rotto Fest on Rottnest Island.  And there is much more to come for 2017.