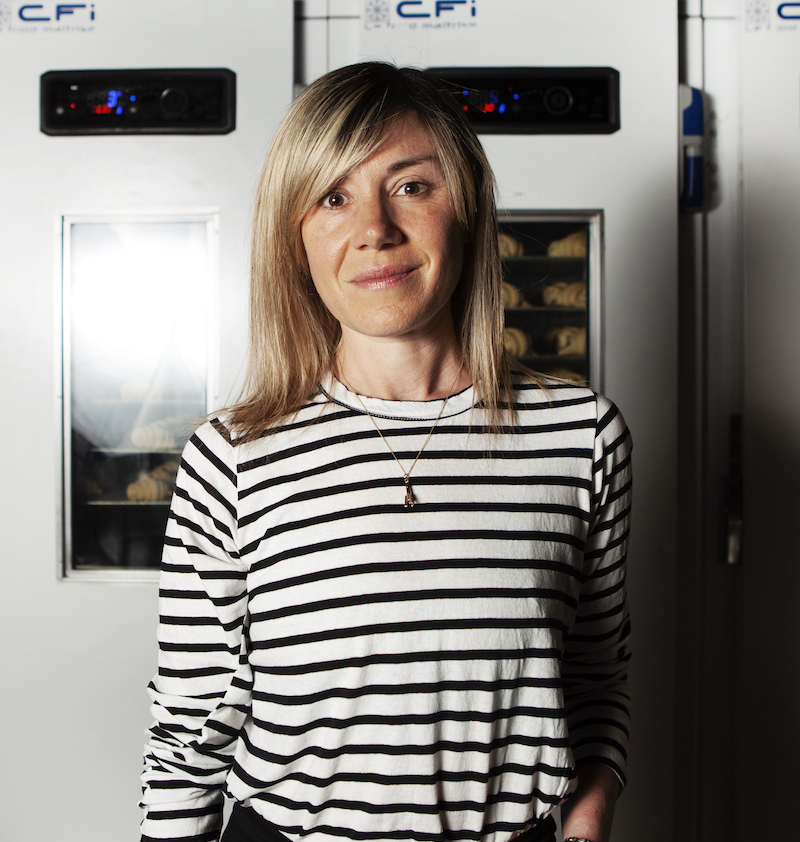 Kate wasn’t always a baker – far from it, in fact. After studying Aerospace Engineering at university, she followed her lifelong passion for Formula 1 racing and became an aerodynamicist for the Williams F1 team in the UK in the mid-2000s. In 2008, though, she wanted to change direction, and returned to her native Melbourne to find her new niche – pastry.

After working in the cafes and bakeries of Melbourne and a stint in Paris, she knew that she wanted to create something perennially popular, and take her skills to a new level, and so, Lune Croissanterie was born.

Since opening Lune in 2012, it has amassed a cult, global following, with celebrity devotees and an Instagram following of 256k. It’s gone from a one-person show to a five-site bakery with queues around the block from dawn and The Cube, where Kate and her 180-strong team develop regularly changing recipes for everything from takeaway breakfasts to tasting menus of croissants.